DETROIT – Wayne Law student Emily Williams is inspiring others with her incredible story about persevering through law school despite health complications. Her story was featured by the Crohn's & Colitis Foundation for Women’s History Month. 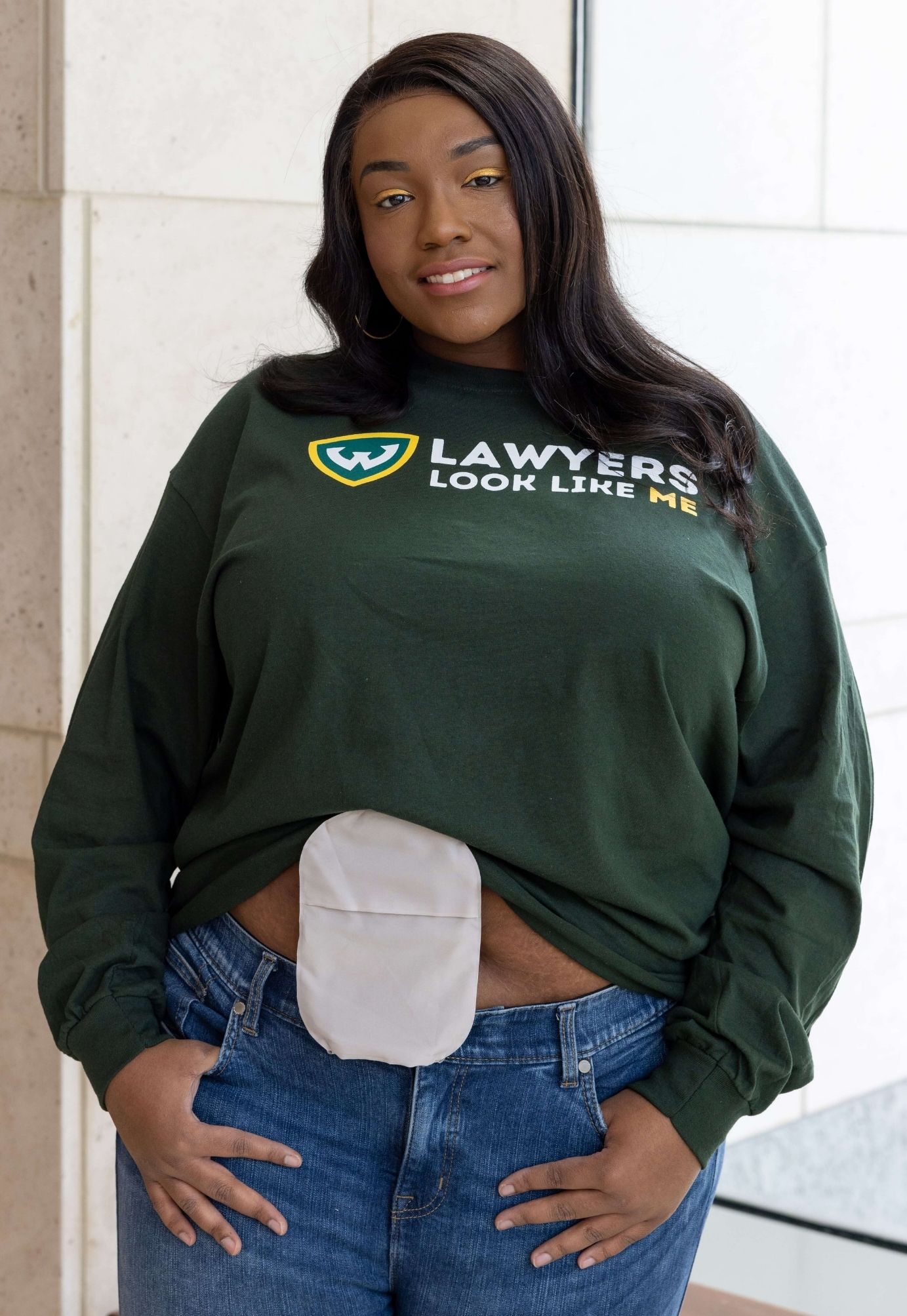 “At 16, I was diagnosed with ulcerative colitis. After months of failed medications and daily fatigue and pain, I decided to have a total colectomy and J-pouch construction during my senior year of high school.

I thought that once my large intestine was removed that would be the end of my story, but I was wrong. A few months after my two surgeries I contracted severe pouchitis and no medication would soothe it. Eventually steroids became ineffective. I spent my undergraduate studies at Bethune-Cookman University in Daytona Beach, Florida flying home to my medical team in Michigan multiple times a semester for stints in the hospital. But I never gave up on my education.

I graduated from undergrad with high honors and continued onward to Wayne State University Law School in Detroit, Michigan. However, after 6 years of pouchitis I was fed up. I was attached to the bathroom and to my bed. So, in 2019, I decided to have an ileostomy and got my permanent ostomy (which I named Jerome) at the same time I was diagnosed with Crohn's disease.

My ostomy has allowed me to go to law school and pursue my dreams of being an attorney. It wasn’t all roses though: I was diagnosed with primary sclerosing cholangitis (PSC). Because of this complication, my liver became inflamed, and I suffered from liver failure during my second year of law school. However, because my medical team caught it in the early stages my liver recovered and is now fully functional. But this still didn’t stop me.

I continued through after being discharged from the hospital. This year, I will graduate with my J.D. in May. I want to show everyone that deals with UC, Crohn's, or has an ostomy that life doesn’t stop after your diagnosis. It may be frustrating and nerve wracking, but your dreams and ambitions shouldn’t change with a diagnosis. You still deserve to be the you that you imagined.”