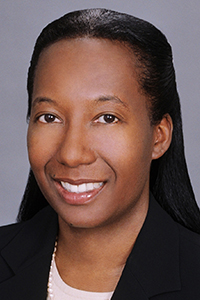 White received this honor in recognition of her "fine work inspiring, encouraging, educating and developing tomorrow's leaders, particularly emerging women leaders." She was presented with the award at the ATHENALeaders of the Huron Valley's Executive Women's Leadership Forum on May 22.

Since joining the Law School faculty in 1996, White, who is a registered patent attorney, has taught courses in contracts, patent law and patent enforcement.

White has served on the Board of Regents for the University of Michigan since 1998. Most recently, she was re-appointed by U.S. Secretary of Agriculture Sonny Perdue as a member of the Plant Variety Protection Board and will serve another two-year term.

In addition to her military appointments, White was a Fulbright scholar for 1999-00 and served as a White House fellow from 2001-02.

ATHENA International is a non-profit organization that seeks to support, develop and honor women leaders through programs administered in partnership with host organizations from local communities. The programs inspire women to reach their full potential and strive to create balance in leadership worldwide.

White earned her bachelor's in electrical engineering and computer science from Princeton University, law degree from the University of Washington, master of laws from George Washington University Law School and master's in strategic studies from the U.S. Army War College.