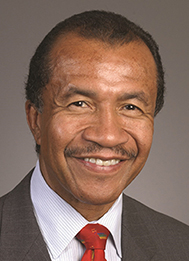 The Miller Family Wayne Law Alumni Wall of Fame Award is the highest honor presented by the law school. This distinction is awarded with great care to either alumni who have distinguished themselves by contributions that they have made in their own particular field of work, or in the betterment of humanity or to former faculty and staff who have had a significant impact on the law school.

The induction ceremony will be from 5:30 to 7:30 p.m., in the Wayne Law Lobby, 471 W. Palmer St., Detroit. Light hors d'oeuvres will be served. Parking is $7.75 (credit and debit cards only) in Parking Structure No. 1 across West Palmer Street from Wayne Law. The event is free and open to the public, but registration is required at go.wayne.edu/walloffame2017. 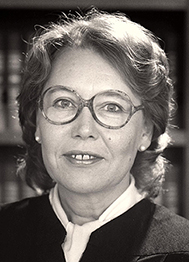 More on the honorees:

Wayne A. Budd has more than four decades of achievements as a corporate general counsel, business executive, law enforcement officer and policy-maker at the highest levels of federal and state government. From 1989 to 1992, he was the U.S. attorney for the District of Massachusetts where he won national recognition for his efforts to combat urban crime, organized crime and white-collar fraud. He was thereafter named associate attorney general of the United States, the third-ranking position in the U.S. Department of Justice. In that capacity, he was responsible for the Anti-Trust, Civil, Tax, Environmental and Civil Rights Divisions of the department as well as the Federal Bureau of Prisons and the Community Relations Service. Budd has been senior executive vice president and general counsel for John Hancock Financial Services Inc., New England president for Bell Atlantic (now Verizon) and he currently is senior counsel for Goodwin Procter LLP, where he was previously a senior partner. He has been a commissioner of the U.S. Sentencing Commission and has held leadership positions on the boards of directors of six public companies and several non-profit organizations. Budd earned his bachelor's degree (cum laude) from Boston College. 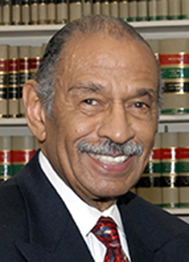 Patricia J. Boyle was an associate justice of the Michigan Supreme Court for 15 years. Prior to her service on the Supreme Court, she was an assistant U.S. attorney from 1964 to 1968. She also was a Wayne County assistant prosecuting attorney where she served as director of training and appeals from 1971 to 1976. She was appointed to the Detroit Recorder's Court in 1976 and in 1978 was appointed to the U.S. District Court for the Eastern District of Michigan. In 1983, she gave up that lifetime appointment to serve on the Michigan Supreme Court. Boyle was a member of numerous organizations, including the State Bar of Michigan, American Bar Association and the National Association of Women Judges. She was a lifetime member of the NAACP. In 1986, Boyle was inducted into the Michigan Women's Hall of Fame. In honor of her service to the Supreme Court and to the people of Michigan, the Prosecuting Attorneys Association of Michigan annually awards the Patricia J. Boyle Best Appellate Brief Award. Boyle was married to former Wayne County Circuit Court Judge Terrance K. Boyle. Of her four sons, three were born while s 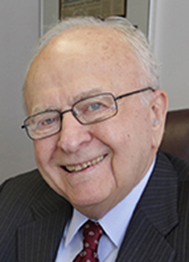 John Conyers Jr. has represented Michigan in the U.S. House of Representatives for more than 50 years. He currently serves the 13th Congressional District. In 2014, he was elected to his 26th consecutive term, making him the first African-American to hold the distinction of dean (most senior member) of the U.S. House of Representatives. Conyers is one of 13 founding members and the dean of the Congressional Black Caucus, which was established in 1969. Some of his major accomplishments include: The Violence Against Women Act of 1994, the National Voter Registration Act of 1993, the Martin Luther King Jr. Holiday Act of 1983 and the Alcoholic Beverage Labeling Act of 1988. He also was a driving force behind the Help America Vote Act of 2002. Conyers is a native of Detroit and earned his undergraduate degree from Wayne State University. He also served in the National Guard and the U.S. Army Corps of Engineers during the Korean War. 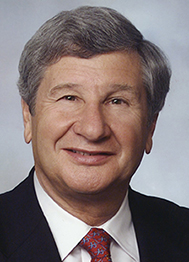 it. Miller grew up in Brooklyn, N.Y., and was a civil rights advocate even as a high school student in the early 1940s. When race riots broke out in his school lunchroom, he formed the Brotherhood Club - the first interracial club in the school. He went on to form the Interracial Youth Committee, an organization that spread to many schools throughout New York City. After stints in the Merchant Marine and the U.S. Army, Miller studied at Olivet College. There, he quickly organized a student strike over the firing of a popular professor. The effort failed, and Miller left Olivet and moved to Detroit, where he got a job at the Hudson Motor Car Co. He saved enough money to attend Mexico City College, earned his bachelor's degree and applied to law school with the goal of becoming a labor lawyer. He was admitted to Wayne Law, earned his degree and has enjoyed a long career as a labor and civil rights attorney. As attorney for the Detroit Branch NAACP, he was successful in protecting citizens from police abuse; caused the first agreement for goals and timetables at First Federal Savings and Loan Association resulting in the first integration of the downtown banking community; outlawed the notorious Poindexter Homeowner's Ordinance, which was designed to segregate the city of Detroit; and won many other fights in the struggle for civil rights.

James Robinson was Wayne Law's seventh dean and worked in private practice as well as all levels of the federal and state judicial systems. In 1998, the president named Robinson assistant attorney general in charge of the Criminal Division of the U.S. Department of Justice. He served in this capacity until 2001. Prior to that, he was the U.S. attorney for the Eastern District of Michigan. In private practice, Robinson worked for Honigman Miller Schwartz and Cohn in Detroit, and Cadwalader, Wickersham and Taft LLP in Washington, D.C. He was a frequent lecturer and author on evidence and served on the Advisory Committee on Rules of Evidence of the U.S. Judicial Conference. Robinson also was a fellow of the American College of Trial Lawyers, the International Society of Barristers and the American Academy of Appellate Lawyers. For 1990-91, he served as the president of the State Bar of Michigan. Robinson died in 2010 at the age of 66.