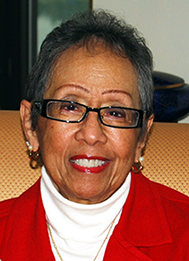 rsday, April 27. This annual event recognizes those who have made a lasting contribution to the practice of law.

Treasure of Detroit honorees are: 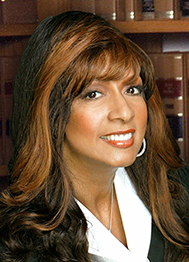 nd to celebrate the growth and success of the law school. This year's event again features a strolling buffet, live music and a cash bar.

About this year's honorees:

Judge Norma Y. Dotson-Sales was appointed to the 36th District Court in 1989, where she served until her retirement in 2003. Dotson-Sales attended segregated and integrated schools in Heidelberg and Stuttgart, Germany where her father was stationed as a member of the U.S. Armed Forces. Upon moving to Detroit in 1965, she earned a bachelor's degree and master's degree from Wayne State University. She is a member of the Detroit Federation of Teachers, State Bar of Michigan, Wolverine Bar Association, National Conference of Black Lawyers, National Bar Association, Michigan District Judges Association and the Association of Black Judges of Michigan. 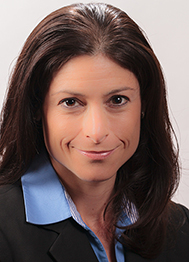 Judge Leonia J. Lloyd was elected to the 36th District Court in November 1992 and became a Drug Treatment Court judge in 2002. After serving 24 years on the bench, she retired in December 2016. Prior to becoming a judge, Lloyd taught at Cass Technical High School from 1971-75 and was a partner in the law firm of Lloyd and Lloyd, specializing in entertainment and civil law. In 2010, she led the implementation of the Veterans Treatment Court, which was the second in Michigan, and the first in Wayne County and Detroit. Lloyd is a recipient of the American Patriot Award, the Michigan Veterans Foundation's highest award presented to a civilian, and the Distinguished Board Service Award from the National Association of Drug Court Professionals. She earned a bachelor's degree from Wayne State University.

Dana Nessel is the managing partner of Nessel & Kessel Law. In 2012, Nessel spearheaded DeBoer v. Snyder, which challenged the bans on adoption and marriage for same-sex couples in Michigan. The case was later consolidated with its affiliated Sixth Circuit cases in 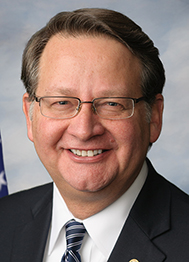 to Obergefell v. Hodges in the U.S. Supreme Court, the landmark case that legalized same-sex marriage nationwide. In 2016, Nessel collaborated with the Wayne County prosecutor to create the Fair Michigan Justice Project, a first of its kind task force which investigates and prosecutes hate crimes committed against the LGBT community. In 2015, she was named "Woman of the Year" by Michigan Lawyers Weekly. Nessel earned a bachelor's degree from the University of Michigan.

U.S. Sen. Gary Peters represents Michigan and serves on the Senate Armed Services Committee; Senate Commerce, Science, and Transportation Committee; the Senate Homeland Security and Governmental Affairs Committee; and the Joint Economic Committee. Peters was born in Pontiac and has lived his entire life in Oakland County. He earned a bachelor's degree from Alma College, a Master of Business Administration from the University of Detroit Mercy and a Master of Arts from Michigan State University.

Gerald E. Thurswell is founder of Thurswell Law, a personal injury law firm in Southfield. He has o 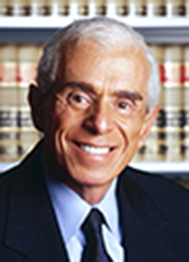 btained numerous multi-million dollar verdicts in complex cases involving medical malpractice, automobile negligence and cases involving catastrophic injuries. Thurswell has been recognized by his peers as one of the "Best Lawyers in America" and as a "Super Lawyer." His law firm is rated Tier 1 by U.S. News and World Report. Thurswell earned a bachelor's degree from Wayne State University.

Jonathan T. Weinberg is a professor at Wayne Law. He was a law clerk to U.S. Supreme Court Justice Thurgood Marshall and then-Judge Ruth Bader Ginsburg; a visiting scholar at the University of Tokyo's Institute of Journalism and Communication Studies; a legal scholar in residence at the Federal Communications Commission Office of Plans and Policy; a visiting scholar at Cardozo Law School; and a professor in residence at the U.S. Department of Justice. He joined the Wayne Law faculty in 1988. Weinberg earned a bachelor's degree from Harvard University and a law degree from Columbia Law School. 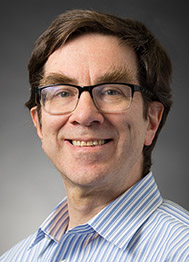