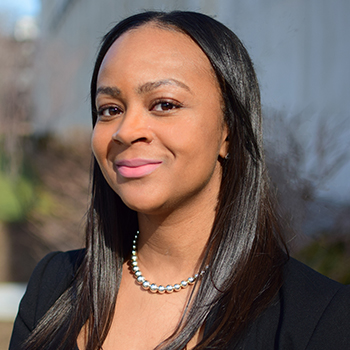 Rising third-year students Monique Eubanks of Detroit, and Alexis Smith of Sterling Heights, were each awarded the scholarship for emulating the type of commitment to social equality and combating racism demonstrated by Judge Damon J. Keith throughout his career.

Eubanks is president of the Wayne Law Black Law Student Association and a member of the Women's Law Caucus and Wolverine Bar Association. Last summer she was a judicial intern to Hon. Arthur J. Tarnow of the U.S. District Court for the Eastern District of Michigan and a summer associate at Dykema Gossett. This summer Eubanks will hold summer associate positions at Warner Norcross + Judd and Dykema Gossett.

"As the Black Law Student Association president, my primary mission is helping minority law students gain access to the resources we need to help increase diversity in the legal field," said Eubanks. "To be recognized for my leadership and commitment to my community is a dream fulfilled." 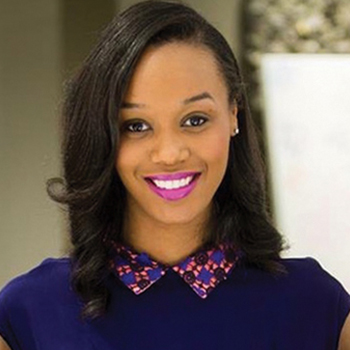 Smith serves on the executive board of the Wayne Law Black Law Student Association, is a governor-at-large for the Student Board of Governors, member of the Entrepreneurship and Business Law Society, and was appointed to the Law School's Diversity, Equity and Inclusion committee. Before attending Wayne Law, Smith spent 13 years in marketing and communications. This summer, Smith is a summer associate at Plunkett Cooney PC and will hold a judicial internship with the Hon. Stephen J. Murphy III of the U.S. District Court for the Eastern District of Michigan. She is also a recipient of scholarships from the Women Lawyers Association of Michigan and Warner Norcross + Judd.

"My unwavering commitment to diversity and leadership allowed me to look beyond self-interest and work toward creating a world not as it is but as it should be," said Smith. "These scholarships will forever be a reminder of my commitment to that of which defy stereotypes in pursuance of education and social equality."

The Damon J. Keith Scholarship was established in 1995 by the Wolverine Bar Foundation to commemorate Keith taking senior status on the Sixth Circuit Court of Appeals. Until his death on April 28, 2019, Keith persuasively and movingly defended the Constitution, helping communities enforce their civil rights. He earned his LL.M. from Wayne Law in 1956 and over the decades ruled on key cases that involved segregation, housing discrimination, job discrimination, affirmative action and freedom of the press.