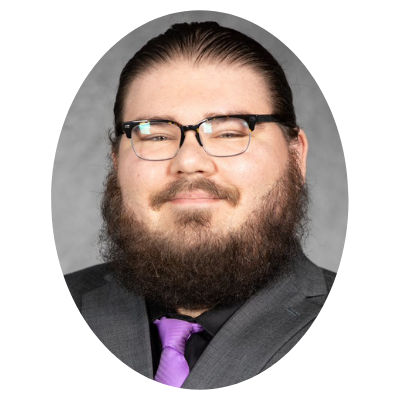 Wright of Hazel Park is a rising-third year student and will be a fellow at United Auto Workers International Union Legal Department in Detroit. He was awarded the fellowship for his commitment to workers' rights through previous educational, work, volunteer and personal experiences.

Wright is a member of the National Lawyers Guild, and has served as an associate editor for the Wayne Law Review and student attorney for the Law School’s Asylum and Immigration Law Clinic.

Growing up, Wright didn’t know much about unions except that they were the reason his grandpa had a decent retirement. He got his first experience organizing with United Students Against Sweatshops as an undergraduate student at Grand Valley State University, supporting ATU Local 836 in its contract negotiations. In 2016, Wright decided to become more involved with union work and joined his local branch of the Industrial Workers of the World. His passion for unions and loyalty to the working-class pointed him in the direction of labor and employment practice, thus applying to law school and attending Wayne Law.

“I am thrilled to serve as a Peggy Browning Fund Fellow at the UAW this summer,” Wright said. “I look forward to the mentorship, intellectual challenge, and—most importantly—the opportunity to help working-class people protect their dignity and material well-being.”