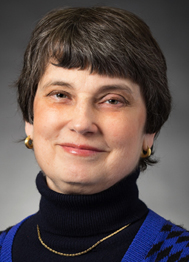 Advisory Committee on Bankruptcy Rules to the Judicial Conference of the United States.

The Judicial Conference is the national policy-making body for the federal courts. It is comprised of five standing advisory committees each charged with drafting proposed amendments to federal rules regarding their respective area. The committees are comprised of judges, representatives from the Department of Justice, law professors and practicing attorneys.

Bartell has been interviewed and quoted extensively by local, national and international media as an expert on the Detroit bankruptcy.

She holds a bachelor of arts degree from Stanford University. After earning her law degree from Harvard Law School, she clerked for Judge Alvin B. Rubin of the U.S. Court of Appeals for the Fifth Circuit in New Orleans.