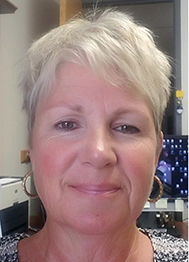 According to the Michigan Lawyers Weekly website, Unsung Legal Heroes are those employees who have consistently gone above and beyond the call of duty, often behind the scenes. The honor is reserved for Michigan's most talented and dedicated legal support professionals. This year's inaugural Unsung Legal Heroes award was presented to 20 people in eight different categories. Michigan Lawyers Weekly ran a special section on July 24 featuring the honorees.

Bonk began her career at Wayne State as an assistant in the Registrar's Office before joining the University's library system. In her current position, Bonk is responsible for the day-to-day operations of Wayne State's Arthur Neef Law Library. She earned her bachelor's degree from Wayne State. 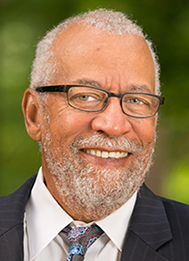 Bonk was nominated by Virginia Thomas, director of the Arthur Neef Law Library. Thomas said of Bonk in her nomination: "Mary is a true servant-leader. She works really hard behind the scenes to make sure the rest of us look good. She sets a high bar for herself and is always willing to help others who need it. Her work ethic is beyond reproach. Mary has been a true colleague and friend to so many WSU faculty, staff and students over the years."

Mann has worked in both the public and private sectors throughout his career. After law school, Mann served as law clerk to Federal District Judge Horace Gilmore in the Eastern District of Michigan. He then practiced law with Dykema Gossett as an associate in the litigation section before joining Wayne Law's faculty. Mann also served as a partner with Bowman and Brooke where he tried products liability cases throughout the United States. After retiring from Bowman and Brooke, Mann returned to Wayne Law as an adjunct professor for the Disability Law Clinic. He became associate director of professional skills in 2015 and served as interim director of clinical education from fall 2016 until July of this year. Mann earned his bachelor's degree from the University of Michigan.

"Larry has demonstrated time and again that his priority is ensuring that all students have the tools they need to succeed both in law school and after graduation," said Gable. "His extensive experience in both academia and practice have given him a robust understanding of the skills that students need as they begin their careers, and under his guidance our students have thrived. Above all else, Larry is beloved by all who have the pleasure of knowing and working with him."