DETROIT – Two Wayne State University Law School faculty members have been honored by the University for their research and contributions to the community. 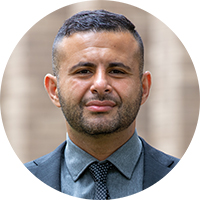 Associate Professor Khaled Beydoun of Dearborn is the recipient of a Career Development Chair. The award will support his teaching and research efforts during the 2021-22 academic year. Beydoun is a critical race theorist and internationally renowned expert on national security, the War on Terror, and civil rights. Through his research, he investigates modern modes of policing and its impact on Arab and Muslim communities. He is co-editor of Islamophobia and the Law (Cambridge University Press) and the author of the critically acclaimed American Islamophobia: Understanding the Roots and Rise of Fear (University of California Press). Beydoun’s work appears or is forthcoming in law journals including the California Law Review, Northwestern Law Review, UCLA Law Review, Minnesota Law Review, and the Harvard Civil Rights-Civil Liberties Law Review. He is the recipient of an Open Society Foundations Soros Equality Fellowship. Beydoun is associate director of civil rights and social justice for the Law School’s Damon J. Keith Center for Civil Rights. 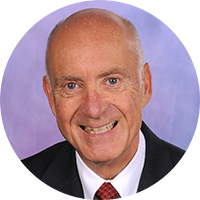 Professor John Mogk of Grosse Pointe Park, an expert on urban and regional development, housing, property and local government law, has been named Distinguished Service Professor of Law. The Distinguished Service Professor classification is used only in rare instances to designate senior members of the University faculty who have made extraordinary contributions outside their disciplines, or who, by service outside of the University, have brought great honor and recognition to the institution. Mogk’s contributions are far-reaching but rooted in Detroit. As chair of the Jefferson-Chalmers Citizens’ District Council, he helped launch the neighborhood’s redevelopment program. As a member of the Detroit School Board, he created Detroit’s school breakfast program. After a federal court found that Detroit school authorities had engaged in historical discrimination against Black children, Mogk was actively involved in designing a remedial desegregation plan. As vice chair of the Michigan Construction Code Commission, he facilitated new Michigan building regulations that removed obstacles to increased affordable housing. As the chair of Habitat for Humanity Detroit, he helped build that organization into one of the most successful in the country. Mogk’s leadership, including two decades as the head of the Michigan Energy and Resource Research Association, has led to many hundreds of millions of dollars in funding in Michigan and Detroit, for everything from energy research to high tech development. As chair of the state’s Council on Energy, Labor and Economic Growth, he helped lay the foundation for expanded renewable energy in Michigan. He has received special commendations from the Michigan legislature, the Detroit City Council, and the Fair Housing Center of Metropolitan Detroit. During his career, he was recognized as one of “Ten Outstanding Young Men in the United States” by the U.S. Jaycees and one of four Outstanding Volunteers in the United States by the National Center for Voluntary Action. For more than 50 years, finally, Mogk has been an exemplary scholar and teacher to generations of Wayne Law students.