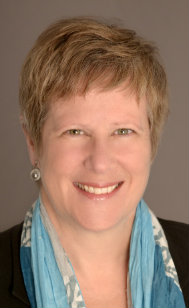 Elise Bean, longtime staff member of Sen. Carl Levin and Washington co-director of the Levin Center at Wayne State University Law School, is the author of a new book detailing ground-breaking investigations led by Levin during his Senate career.

"Financial Exposure: Carl Levin's Senate Investigations into Finance and Tax Abuse," published this month by Palgrave Macmillan, offers a rare, insider's account of how Levin and his Republican colleagues worked together on high-profile inquiries into such matters as money laundering by global bank HSBC, accounting frauds leading to the collapse of Enron, the role of Goldman Sachs in the financial crisis and high-risk trades that caused JPMorgan Chase to lose more than $6 billion.

"'Financial Exposure' discloses a positive side of Congress that rarely gets mentioned," said Bean, who was an investigator and then Levin's staff director and chief counsel on the Permanent Subcommittee on Investigations (PSI). "Much more constructive, bipartisan oversight goes on in Congress than the public thinks, and this book uses the Levin case histories to show how it's done and encourage more of it. Good government depends upon good oversight, which suggests we should all spend more time thinking about how to provide the checks and balances needed in a well-functioning democracy." 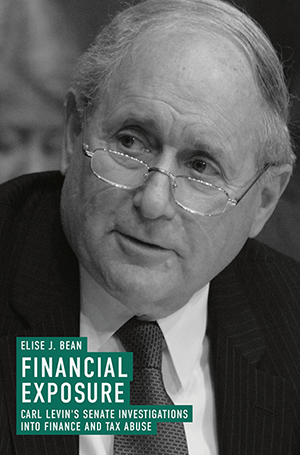 Throughout the book's 449 pages, Bean details major investigations conducted by Levin from 1999 to 2014, during his tenure on PSI, the premier investigative body in Congress. She traces how the investigations led to important reforms, including stronger accounting safeguards and anti-money laundering laws, the disclosure of offshore accounts opened by Americans, and constraints on high-risk activities by federally-insured banks. She also describes investigations led by Levin's Republican colleagues, U.S. Sens. Susan Collins, Norm Coleman, Tom A. Coburn, M.D., and John McCain.

The book is designed to inform not only the general public, but also students interested in Congress, government, history and the law. It also presents a dozen Levin Principles with guidance on how to conduct high-quality congressional inquiries.

"The book makes the case that members of Congress can conduct bipartisan, high-quality inquiries when they want to, offering specific investigations as proof," said Professor Robert M. Ackerman, director of the Levin Center at Wayne Law. "The Levin example has the potential to inspire better bipartisan investigations which, in turn, can lead to better government and greater public confidence in Congress."

For information on arranging a book discussion, contact elise.bean@wayne.edu.

Launched in March 2015, the Levin Center at Wayne Law is named in honor of former U.S. Sen. Carl Levin, Michigan's longest-serving U.S. senator, who retired at the beginning of 2015 after 36 years in the Senate. Levin serves as chair of the Levin Center and on the Law School's faculty as distinguished legislator in residence. For more information on the center's work, visit law.wayne.edu/levincenter.