In his new role, Sedler, a nationally renowned expert on constitutional law and civil rights law, will advise the attorney general on related matters.

"When I was a young law student at WSU Law School, Bob Sedler instilled in me the belief that I could utilize a career in law to fight for rights on behalf of those who needed it most," said Nessel. "Years later, Bob volunteered to advise our legal team as we prosecuted one of the most significant civil rights cases of our time, and he walked arm-in-arm with me into the United States Supreme Court where our case changed the arc of history for millions of Americans. I continue to be honored to work with Bob now as one of our department's special assistant attorneys general, where his intellect, constitutional expertise and his impassioned sense of justice will benefit all the residents of Michigan. I am eternally grateful to again have the benefit of his wisdom, knowledge and experience."

Sedler joined the Wayne Law faculty in 1977 and teaches courses on constitutional law. He has litigated a large number of civil rights and civil liberties cases in Michigan, Kentucky and elsewhere, mostly as a volunteer lawyer for the American Civil Liberties Union. Cases he has litigated in Michigan include the Dearborn Parks case, and the racial discrimination in adoption and foster care case, a challenge to suspicionless drug testing of welfare recipients.

"I feel very privileged to work with Attorney General Nessel and to assist her in any way I can in her efforts to bring about justice for all of Michigan's citizens," said Sedler.

He is a frequent commentator in local and national media and has authored more than 100 pieces for various law journals and legal publications, including the Yale Law Journal, New York University Law Review, Columbia Law Review and the UCLA Law Review.

Sedler is the recipient of numerous awards and honors, including the State Bar of Michigan John W. Reed Michigan Lawyer Legacy Award, which is presented periodically to an educator from a Michigan law school whose influence on lawyers has elevated the quality of legal practice in the state. In May, Sedler will be presented with the Michigan Association of Justice's Champion of Justice Award. 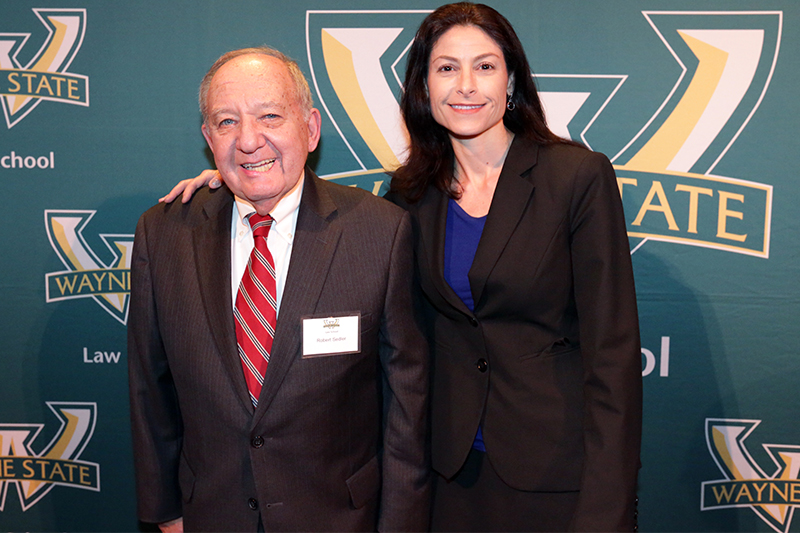