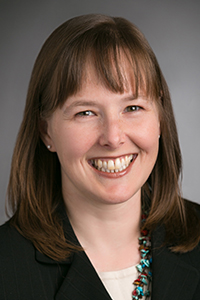 scholarship central to the mission of the Levin Center, which is to promote bipartisan, fact-based legislative oversight; advance good governance; and promote civil discourse on current issues of public policy.

Carlson of Grosse Pointe Park, Michigan, focuses her research on the empirical study of how legislative advocacy by American Indian nations advances the formation of federal policies affecting Indians. Her research, which is funded by the National Science Foundation and Social Science Program, seeks to develop a more comprehensive understanding of how, when and with what success the 573 Indian nations in the United States use the political process to change law and policy. As a part of this larger project, Carlson is investigating how Indian nations have used legislative advocacy to oversee Congress' commitment to the Tribal Self-Determination Policy, to encourage Congress to monitor closely the implementation of the policy by the Bureau of Indian Affairs and other agencies, and to persuade Congress to extend the policy to housing and other government programs.

Most recently, she presented her paper "Lobbying Against the Odds," at the Yale/Stanford/Harvard Junior Faculty Forum. The paper is forthcoming in the Harvard Journal on Legislation. 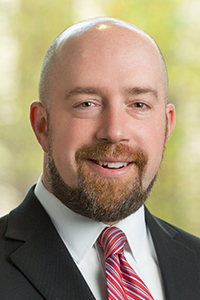 Gable of Detroit, Michigan, is focusing his research on the various approaches to achieving accountability for governmental officials and carefully analyzing the relative merits of each approach. Approaches may include legal mechanisms of accountability, accountability via the democratic process and in some cases accountability through external criticism. He will use this analysis to develop a hierarchy of accountability useful to both scholars and government officials in thinking about government decision-making, and incentivizing civil discourse and good governance.

Gable, a public health law expert, has focused in his prior work on the design of emergency preparedness and response systems, particularly how law and the legal environment impact the ability of governments and others to stage successful responses to public health emergencies. He recently co-authored the article "Criticized, Fired, Sued, or Prosecuted: Hindsight and Public Health Accountability" which discusses using criminal law to seek accountability in the Flint water crisis. The article was published in Public Health Reports. He previously served as associate dean of Wayne Law and was interim dean from September 2016 to August 2017.

Launched in March 2015, the Levin Center at Wayne Law is named in honor of former U.S. Sen. Carl Levin, Michigan's longest-serving U.S. senator, who retired at the beginning of 2015 after 36 years in the Senate. Levin serves as chair of the Levin Center and on the Law School's faculty as distinguished legislator in residence. For more information on the center's work, visit law.wayne.edu/levincenter.