DETROIT - Eleven Wayne State University Law School alumni were admitted to the Bar of the Supreme Court of the U.S. on Tuesday, Oct. 15.

Richard A. Bierschbach, dean and professor of law at Wayne Law, appeared in court to move for the admission of the group.

According to their website, among the qualifications for admission to the Bar of the Supreme Court of the U.S., an applicant must have been admitted to practice in the highest court of a state, commonwealth, territory or possession, or the District of Columbia for a period of at least three years immediately before the date of application; must not have been the subject of any adverse disciplinary action pronounced or in effect during that three-year period; and must appear to the court to be of good moral and professional character. 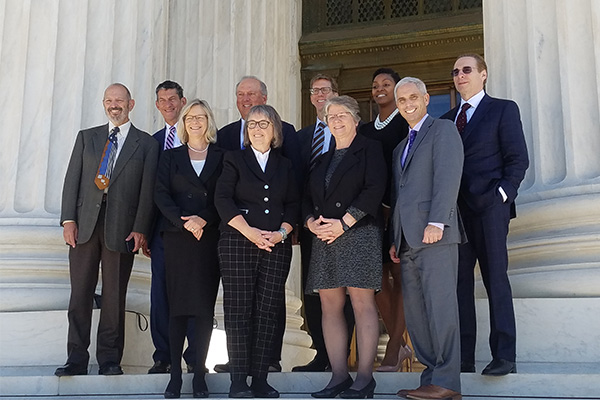