Participants in the Levin Center at Wayne Law's Scholar's Roundtable are listed alphabetically below. 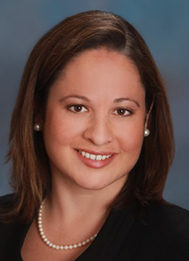 Lauren C. Bell is a professor of political science and dean of academic affairs at Randolph-Macon College in Ashland, Virginia. She is the author and co-author of numerous books including Filibustering in the U.S. Senate (Cambria Press, 2011); Warring Factions: Interest Groups, Money, and the New Politics of Senate Confirmation (The Ohio State University Press, 2002) and The U.S. Congress, A Simulation for Students (Thomson/Wadsworth, 2005). Bell earned her Ph.D. and master's degree from the Carl Albert Congressional Research and Studies Center at The University of Oklahoma and her bachelor's degree from the College of Wooster in Ohio. 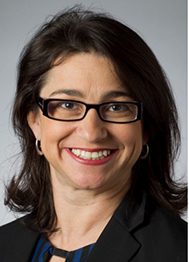 Emily Berman is an assistant professor at The University of Houston Law Center where she teaches Constitutional Law, National Security Law and Foreign Affairs Law. Her scholarship explores the relationships among government institutions in the development, implementation and oversight of national security policy. She was a Furman Fellow and Brennan Center Fellow at New York University School of Law and held positions as counsel and Katz Fellow at the Brennan Center for Justice. She also clerked for the Hon. John M. Walker Jr. of the Second Circuit Court of Appeals. Berman earned her LL.M and J.D. from New York University School of Law and her bachelor's degree from Duke University. 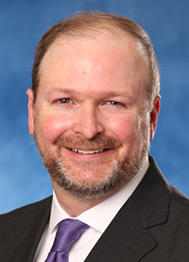 Richard Broughton is associate dean for academic affairs and associate professor of law at the University of Detroit Mercy School of Law. He teaches in the areas of criminal law, federal crimes, constitutional law and constitutional criminal procedure. His research focuses upon issues in federal criminal law, and the intersection of law and American politics. Previously, he was a lawyer in the Criminal Division of the U.S. Department of Justice, assistant attorney general of Texas for Capital Litigation, and a law clerk to the chief judge of the Texas Court of Criminal Appeals and a law clerk for the House Judiciary Committee during the 106th Congress. Broughton earned his LL.M. from Georgetown University, his J.D. from Widener University in Delaware and his bachelor's degree from Hampden-Sydney College in Virginia. Chris Bryant is the Rufus King professor of constitutional law at the University of Cincinnati, where he has taught since 2003. He has published articles and essays on a wide range of contemporary constitutional issues, including the roles of the various branches of the national government in constitutional interpretation, the scope and exercise of national legislative power, and the respect that congressional action is owed from the federal judiciary. Previously, Bryant served as assistant Senate legal counsel in the U.S. Senate Office of Legal Counsel and as an associate at Shea & Gardner in Washington, D.C. He also clerked for the Hon. James L. Buckley of the U.S. Court of Appeals for the District of Columbia Circuit. Bryant earned his J.D. from the University of Chicago and his bachelor's degree from Hanover College. 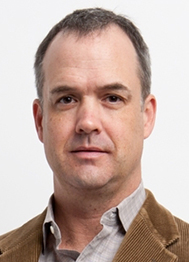 Daniel Carpenter directs the social sciences program at the Radcliffe Institute and is the Allie S. Freed professor of government in the faculty of Arts and Sciences at Harvard University. He combines theoretical, historical, statistical and mathematical analyses to examine the development of political institutions, particularly in the United States, focusing on public bureaucracies and government regulation—particularly the regulation of health and financial products. The award-winning author's most recent book is Reputation and Power: Organizational Image and Pharmaceutical Regulation at the FDA (Princeton University Press, 2010). Carpenter earned his Ph.D. from the University of Chicago and his bachelor's degree from Georgetown University. 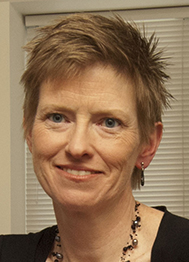 Kathleen Clark is a law professor at Washington University and practices law in Washington, D.C., focusing on issues of government ethics, legal ethics and the law of whistleblowing. She is an associate reporter for the American Law Institute's Principles of Government Ethics, and previously worked as counsel to the U.S. Senate Judiciary Committee and as special counsel to the attorney general of the District of Columbia. Clark has taught at the University of Michigan, Cornell University, Utrecht University, and the University of Economics and Law in Vietnam. A graduate of Yale College and Yale Law School, she studied Russian in the Soviet Union and Spanish in Guatemala before clerking for U.S. District Court Judge Harold H. Greene. 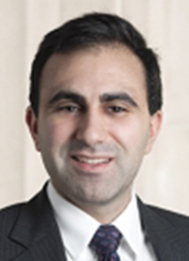 Brian Feinstein is a lecturer in law and Bigelow Fellow at the University of Chicago Law School. Feinstein's research interests include administrative law, Congress-executive relations and empirical legal studies. While in law school, Feinstein worked as a law clerk on former U.S. Sen. Carl Levin's staff on the U.S. Senate Permanent Subcommittee on Investigations in the summer of 2010. He earned his J.D. from Harvard Law School and his Ph.D. in government from Harvard University. 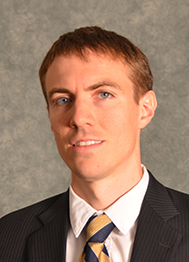 John Hanley is an assistant professor of political science at Duquesne University in Pittsburgh. His book project examines congressional investigations from the very beginning of the Republic to the present, with reference to both investigations of the executive branch as well as other subjects (such as Communist groups, labor shortages, and election procedures). It employs quantitative methods and archival research to look at investigations' emergence and success. Other work has also been published in Political Research Quarterly, the Hastings Law Review and a number of edited volumes. 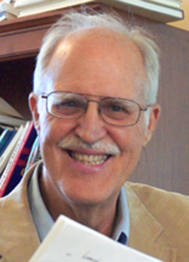 Heidi Kitrosser is a professor at the University of Minnesota Law School. She teaches and writes about government secrecy, the constitutional separation of powers, and speech and press freedoms. She is a 2017 Guggenheim Fellow, and will spend the 2017-18 school year using her fellowship to work on a book about the law and policy of information leaking and whistleblowing. Kitrosser earned her J.D. from Yale Law School and her B.A. from UCLA. 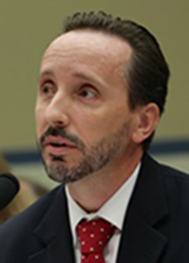 Kevin Kosar is vice president of policy for the R Street Institute, where he oversees the institute's research across its commercial freedom, criminal justice, energy and environment, financial markets, governance, income mobility, innovation policy, insurance and public health policy programs. He also co-directs the Legislative Branch Capacity Working Group, a bipartisan group of experts and congressional staff who meet monthly in the U.S. Capitol. Kosar earned his Ph.D. from New York University and his bachelor's degree from The Ohio State University. 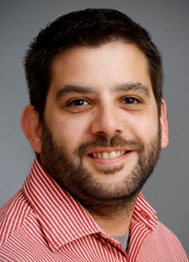 Timothy LaPira is an associate professor of political science at James Madison University in Virginia. His writing includes work on how Congress' capacity to govern affects its ability to conduct routine legislative and oversight activities, how the revolving door distorts the representation of interests before government and how government itself causes interest groups to go to Washington. LaPira earned his Ph.D. from Rutgers University and his bachelor's degree from LaSalle University. Jonathan Lewallen is an assistant professor of political science at the University of Tampa, where he specializes in agenda setting in U.S. political institutions and the policy process. His research has been published in Presidential Studies Quarterly, PS: Political Science & Politics, Regulation & Governance and Review of Policy Research. Lewallen earned his Ph.D. and master's degree from the University of Texas at Austin and his bachelor's degree from Tulane University. Kenneth Lowande is a postdoctoral research fellow in the Department of Political Science at Washington University in St. Louis. For the 2017-18 academic year, he will be a postdoctoral research fellow in the Center for the Study of Democratic Politics at Princeton University. Lowande studies American political institutions, policymaking under separate powers and the executive branch. He earned his master's degree from the University of Virginia and his bachelor's degree from Baylor University. Jason MacDonald is an associate professor of political science at West Virginia University. His research examines policymaking in the separation of powers system, examining the capacity of Congress to influence policy decisions in the executive branch. MacDonald is completing a book manuscript, "Cutting the Purse Strings: Limitations on Appropriations and Congress's Power over the Executive Branch" that examines how and why Congress's constitutional mandate to appropriate funds provides it with leverage over agencies' policy choices. He has published research on American political institutions in a number of political science journals. Jennifer Selin is an assistant professor at the University of Missouri's Kinder Institute on Constitutional Democracy. She is a co-author of the Administrative Conference of the United States' Sourcebook of United States Executive Agencies and her research has been published in political science, public administration and law journals. Selin earned her J.D. from Wake Forest University, her Ph.D. and master's degrees from Vanderbilt University and her bachelor's degree from Lebanon Valley College. Jeff Spinner-Halev is the Kenan Eminent professor of political ethics at the University of North Carolina – Chapel Hill. He is the author of The Boundaries of Citizenship: Race, Ethnicity and Nationality in the Liberal State (Johns Hopkins, 1994); Surviving Diversity: Religion and Democratic Citizenship (Johns Hopkins, 2000) and Enduring Injustice (Cambridge University Press, 2012). He earned his Ph.D. and bachelor's degree from the University of Michigan. Craig Volden is the associate dean for academic affairs and a professor of public policy and politics, with appointments in the Frank Batten School of Leadership and Public Policy and the Woodrow Wilson Department of Politics at the University of Virginia. He studies legislative politics and the interaction among political institutions, including within American federalism. His most recent book, co-authored with Alan Wiseman, is Legislative Effectiveness in the United States Congress: The Lawmakers (Cambridge University Press, 2014). He earned his Ph.D. from Stanford University Graduate School of Business and his bachelor's degree from Stanford University. Andrew McCanse Wright is an associate professor at Savannah Law School, where he teaches constitutional law, criminal law, criminal procedure, presidential powers and federal criminal law. He previously served in the White House as associate counsel to President Barack Obama, and he began his legal career as assistant counsel to former Vice President Al Gore. His research focuses on separation-of-powers conflict in matters of congressional oversight and national security. Wright earned his J.D. from the University of Virginia School of Law and his bachelor's degree from Washington & Lee University.